For several years, before we started full-time RV traveling, we watched several YouTubers (Less Junk More Journey, Keep Your Daydream, The Next Exit, and Fate Unbound, to name a few). They all have their personal traveling styles. Fate Unbound, for instance, boondocks in remote areas about 98% of the time. The Next Exit travels almost exclusively in the Thousand Trails system and last year became “snowbirds,” purchasing a casita in the Yuma, Arizona area for the winter months and traveling the rest of the year. The others do a combination of boondocking, RV parks, and state and national park campgrounds.

Based on the expense of staying in RV parks on a regular basis and knowing the budget we had in mind, we initially set our sights on doing a lot of boondocking. Hence, we bought a composting toilet, installed solar panels, and installed a few more 12 volt plugs in the Airstream. We also looked into various memberships with camping perks. And, a few months before we started full-timing, we became part of the Thousand Trails system.

We are still discovering our personal traveling style, but many of the decisions we made before we started traveling have worked for us. Here’s what we’ve learned so far: 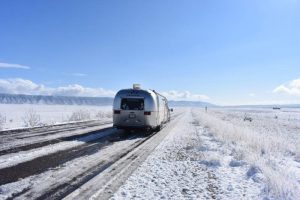 Don’t get me wrong. Moving days are not my favorite. We have to batten down the hatches, so to speak—button up, clamp down, unplug, etc.—and then redo or undo all of that when we arrive at our new destination. Generally, it takes us about an hour to leave and about 30 minutes to set up. Not bad. We don’t rush the process, and we keep moving days to about 4-6 hours of driving.

We have found, though, that two weeks in one location is plenty. It gives us time to explore the area, catch up on work and chores, and have some down time. We have stayed up to three weeks in one spot, but that was through the holidays. And we have been in Arizona for two solid months at the time of this writing, but we have been to different parts of it (northwest, southeast, southwest, middle, north of middle).

Becoming an Elk was a Good Move.

In 2019, Carl became a member of the Raleigh Elks Lodge. We started going to the Lodge a couple of times a week and started getting to know a few of the members. I volunteered regularly with a group of them. Then the pandemic hit, and most lodges across the U.S. had to close their doors temporarily. We have been fortunate, however, to meet a few other Elks along the way. 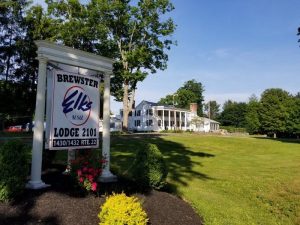 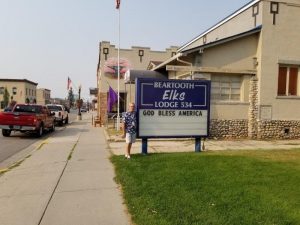 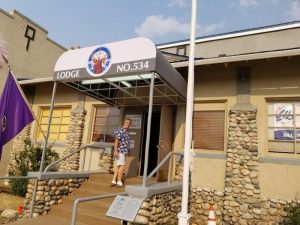 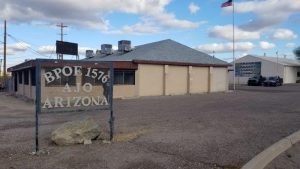 One of the bonuses of becoming an Elk is that many Elks Lodges offer some type of RV camping. Some are free, while others have a nightly charge around $20, which goes toward various charity projects. In spite of covid, we have been able to stay at Elks Lodges in different states and even met some members at a few of them. We stayed in the parking lot overnight at the Brewster Elks Lodge in New York when we were heading to New Hampshire last June. A few nights at the Elks Lodge in Rapid City, South Dakota kept us cool while the area experienced 90+ degree days. We stayed several nights at the Elks Lodge in Forks, WA (where the Twilight book series was based) and met some wonderful people. And we stayed at the Elks Lodge in Sequim, WA so we could explore another section of Olympic National Park. The Elks Lodge near Boise, Idaho was near a noisy intersection, but we met some Californians who were buying houses to move to the area. We also stayed at the Elks Lodge in Provo, Utah for a few nights then onto the one in St. George, Utah for a few nights. Most recently, we boondocked for two nights in the parking lot at the Elks Lodge in Aho, Arizona where we met a few of the members (many original towns people who have returned to retire). Staying at these locations gives us an opportunity to explore the surrounding areas and meet interesting locals. And, when possible, we try to locate a local lodge that is open just to stop in and say hello. 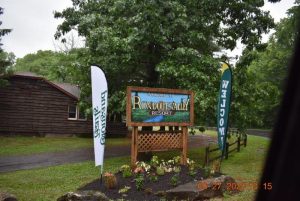 When we visited RV shows, we would see the Thousand Trails (TT) booth but did not stop. We had an idea of how it might work, but really didn’t pay it any mind until about a year before we started full timing. Carl, with all of his continuous research, learned about some of its benefits and drawbacks and then started hunting for a “used” membership—one that someone was selling who no longer needed the membership. Carl found one that definitely fits our travel style. Our membership allows us to book up to six months in advance into TT parks and up to 60 days in advance in Encore parks. There are over 190 Thousand Trails and Encore parks in about 25 or so states—mostly southeast, northeast, southwest, and northwest. In general, and depending on the season, we can stay up to three weeks at a TT park and up to two weeks at an Encore park. We can move from park to park if they are TTs and have to be “out of the system” 7 nights if we are moving from Encore to Encore. For the few states we have visited so far that did not have a park in the system, we stayed at Elks Lodges or state parks, or we boondocked. Buying our “used” membership saved us about $7000 off of the retail price, and has saved us at least $4000 in campground fees in our first nine months of traveling. We have full hook-ups (water, electric, sewer) at most parks, and there are generally laundry facilities long with other perks, like pickleball courts, swimming pools, and hot tubs.

Boondocking – Some of the Best Scenery

For those who may not know, boondocking, aka dry camping, is basically camping without any electric, water, or sewer hookups. 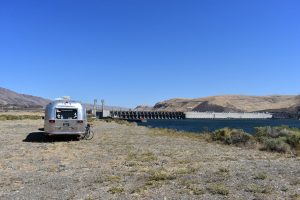 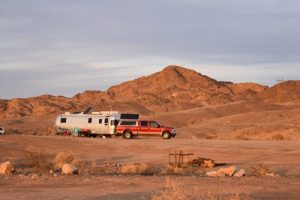 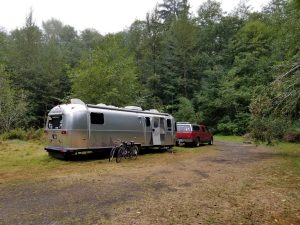 We have stayed on a cliff by the Badlands, at a take-off spot for paragliders, in a rainforest, in the desert, and next to rivers. There are usually several other campers around us, but we are spaced far enough apart that we feel almost alone. Other than getting stuck driving into one area near Moab, Utah (we were quickly pulled out!), we have had zero issues with boondocking and have met more people this way than in a traditional RV park. 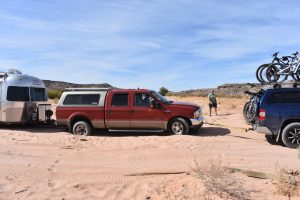 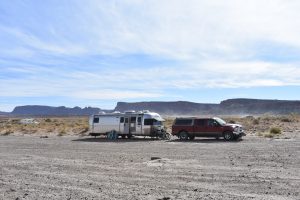 Interestingly, we have met some people that boondock as their main way of living. And, believe me, in Arizona and southern California, there are hundreds of people who boondock as their way of life. Although this is not our primary way of camping, we still enjoy it and hope to do more of it this next year.

Harvest Hosts – Depends on Your Style 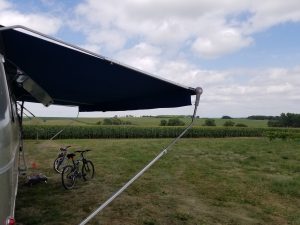 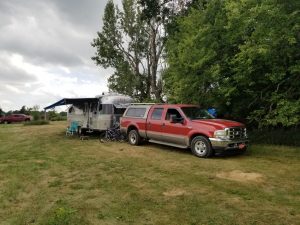 Harvest Hosts is a subscription-type service that helps RVers on their moving days. Owners of wineries, museums, golf courses, breweries, and more have signed up to allow RVers stay overnight on their property for free. We are encouraged to patronize the place we are staying—wine or beer tastings, eating, touring museums, etc. We were gifted a one-year membership by Carl’s brother and sister-in-law, and we used it a couple of times in our first year. We have decided, though, that it really doesn’t fit our traveling style. When we move from one location to another, we try to keep the travel time between the two destinations to no more than 4-6 hours. And we like to stay at our new location for at least a few nights if not longer. With Harvest Hosts, the maximum stay is one night. For those who have long stretches of travel from one location to the next, however, having Harvest Hosts for an overnight stay is a great option.

Traveling full-time with an RV is a constant learning experience, not only of the places we visit but also of ourselves. Every location and every “moving day” provides opportunity for greater illumination into our psyches, our souls, our patience, and our ability to adapt. The explorations and illuminations continue!

We invite you to follow our journey! Please enter your email address below, and you will receive a notification when we post a new blog.

Announcing Karen’s website, BookLayoutPro.com! If you or someone you know has written a book and needs it formatted for print or ebook, please visit her website and send her an email. Reasonable pricing, extensive experience. BookLayoutPro.com. 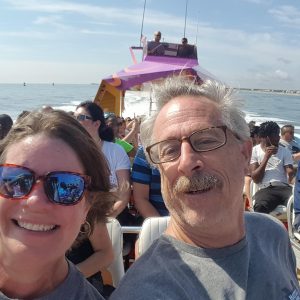 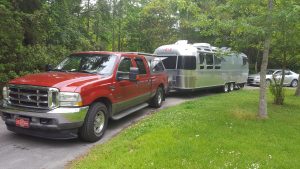 We are Karen and Carl Newton, full-time RVers! 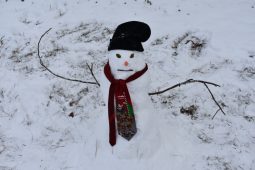 The Results Are In … NOT!

Life Throws Us a Curveball 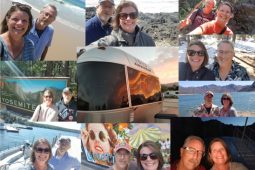 Happy and Merry (and an Update)! 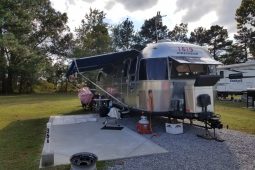 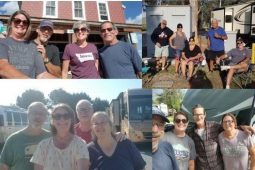 The Friends We Meet